Is it really possible for Governments to recover from this crisis without leveraging strong ecosystems?

Pre-pandemic, I was regularly evangelizing the need for governments to build strong ecosystems leveraging private sector, academia, think tanks, citizens in order to thrive in the era of the fourth industrial revolution.

Nothing was preparing me to see the impact that such ecosystems could have so rapidly, as what we have witnessed over the past few weeks. We have been able to read every day of multiple examples of companies and individuals heroically supporting people, communities and governments in getting us through the crisis.

While I am not expecting this degree of involvement to be maintained when we are back to a new normal, there is a lot to gain for us all as a society if governments manage to nurture, facilitate and incentivize these ecosystems moving forward:

Unprecedented social engagement: citizens and companies started volunteering to alleviate the impact of the crisis in multiple areas: from modifying their production lines to individuals offering to do shopping for the elderly in their neighborhood. Pressing fast-forward to a year from now, couldn’t we imagine a set of regulations which would both further facilitate and encourage this volunteering concept? Couldn’t it become a new normal to put one’s own times and/or assets at the benefit of the wider population when ‘normality’ has come back? Many organisations already have corporate social responsibility initiatives for example; how could governments best partner to support or amplify their reach? What would it take for governments to extend their regulations, processes and modus operandi to enable this while maintaining their transparency of operations?

Co-creation and co-innovation In addition to the valuable social engagement activities, we have seen superb examples of co-creation or co-innovation with government agencies during this crisis: while many innovations are born in period of crisis, how would it be possible to continue these joint empowerment? Encouraging and facilitating this co-creation and co-innovation could mean – in a post pandemic context – obtaining higher levels of well being and competitiveness of one’s own country. How do governments amplify this while maintaining their transparency of operations?

There are few questions in my mind about the benefit of both an enhanced level of social engagement and co-creation/co-innovation, particularly in a world where disruptions – from the devastating pandemic we have experienced, to disruptions of an economic or environmental nature – require first and foremost a culture shift for governments in their approach and practices.

In the post-emergency phases which are starting to show up in a number of countries, it is unlikely that governments will be as efficient without a strong ecosystem working in one direction to facilitate the recovery and mitigation phases. Maintaining transparency of operations while facilitating and nurturing these ecosystems will require governments to adapt consciously their rules, regulations and practices – which have been made more flexible during the crisis. A structural change.

This article originally appeared on the author’s LinkedIn page.

Previous Article
Can Governments really balance agility, bureaucracy and their drive for a better good?
Next Article
FakeHunter software launched to fight disinformation 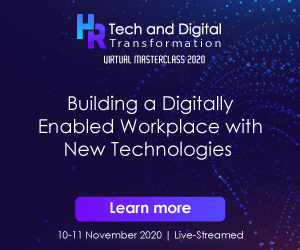