Mortgage fraud is “systemic” in Australia

Mortgage fraud is systemic in Australia, with more than a quarter of recent home buyers admitting they misrepresented some information on their loan application. The disturbing results come from a survey of 1,228 people who had taken out a mortgage over the past two years, conducted by investment bank UBS.

Do all the little fudges matter?

UBS said it was possible that this kind of misrepresentation on mortgage applications had been going on for years with few adverse consequences. However, the bank pointed out that housing is now more critical to Australia’s banking system, household finances and economy than it has ever been before.

“Given the rapid house price inflation that has been seen in parts of Australia (especially Sydney and Melbourne), the fact mortgages now represent 62 percent of the major banks’ loan books and household debt to disposable income is now at 186 percent, we believe that mortgage risk is more elevated than it has been previously,” UBS’s analysts noted.

Banks need to tighten their underwriting standards and checks on borrowers’ applications, especially when those come via mortgage brokers which UBS sees as a “potential area of weakness”.

When it comes to which state was the least honest, it is perhaps unsurprising, but concerning, that the state with the nation’s highest home prices — New South Wales — had a much higher rate of fudging loan applications than anywhere else, with Victoria second.

Nicolas was born in Belgium and became an expert in consuming excellent beers, chocolate and waffles. During the winter period you can find him on a hockey pitch and in summer he loves to go for a swim or a surf. In 2013 Nicolas was wondering what the beers, chocolate and waffles would taste like in Australia and never came back. One reason… the weather. Nicolas obtained a masters in International Politics and tries to use this background to produce excellent conferences at Akolade. 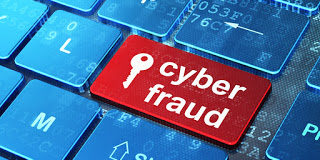