The role of social media in contemporary emergency management

Information sharing between communities and public emergency services agencies is absolutely critical in times of a disaster, especially during large-scale events such as terror acts, bushfires, floods, earthquakes, hurricanes, etc. This is a fairly novel channel of communication between citizens and government emergency services agencies and it is a two-way road. In recent years, social media and collaborative tech have become key ingredients of emergency preparedness, response, and recovery. It is through the use of social media that members of the public who are in the impact area have the ability to provide the relevant agencies with timely and accurate information and vice-versa.

To illustrate, the first responders and government officials working to help Florida residents survive Hurricane Irma relied on social media to communicate and coordinate their efforts, a sign of technology’s growing importance in emergency situations. Florida became one of the places Facebook activated its safety-check tool, which allows users in emergencies to mark themselves as safe on their profiles and share other information.

Other tech giants such as Airbnb and Uber also chipped in – the former encouraged hosts in Northern Florida and Georgia to make rooms on its site available for free to hurricane evacuees while the ride-sharing app provided Floridians free rides to shelters.

While there clearly are tremendous benefits that social medial can provide both the public and the emergency services agencies in times of a disaster, we also need to consider the dangers of misinformation that has potential to be spread just as rapidly. This means that the emergency services will have to come up with a reliable way of monitoring the information that circulates on social media. Some agencies have already started to address this issue – a recent paper, presented at the 50th Hawaii International Conference on System Sciences, discusses exactly that – the establishing of the new operational role within a State Control Centre in Victoria, Australia dedicated to obtaining situational awareness from social media to support decision making for emergency management. The authors of the paper state that by sharing our experience it is hoped other agencies will consider the value of adopting similar arrangements.

Simona joined Akolade and relocated to Sydney after eight years in Hong Kong where she worked for a leading media and publishing company producing legal and financial conferences in Asia-Pacific. Simona studied Law in the UK, Paris and Hong Kong and found her passion for events after working on an international arbitration law conference and moot trial competition in Hong Kong in 2012. The recent move is the next chapter of adventures Simona has sought to pursue in Australia following the running of an annual FX investment conference in Sydney for three consecutive years. 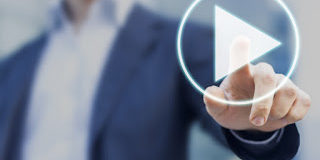 Why the government needs to push the play button
Micky Verdeblanco Jun 19, 2018